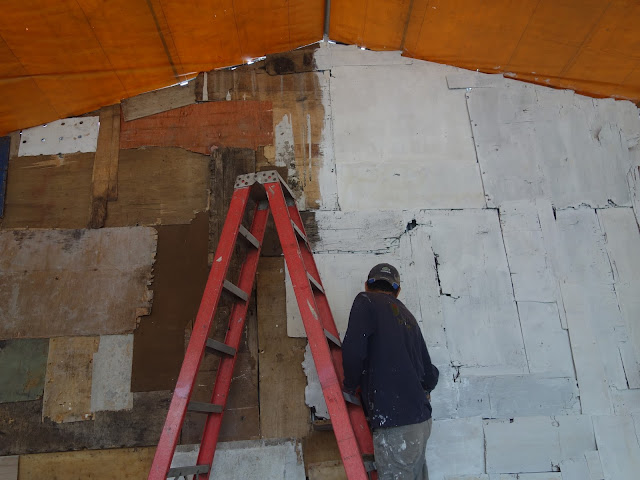 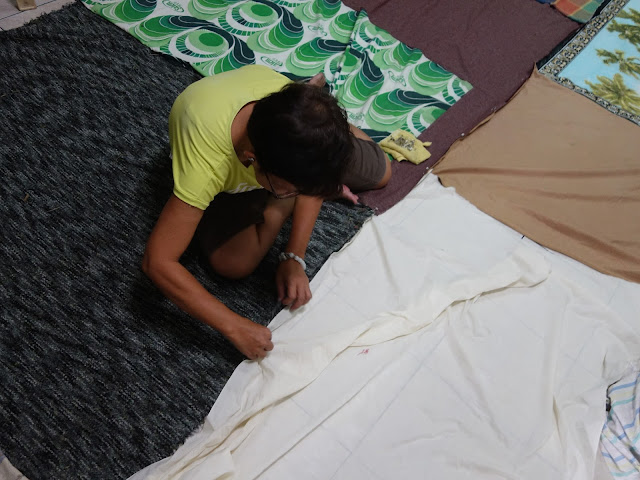 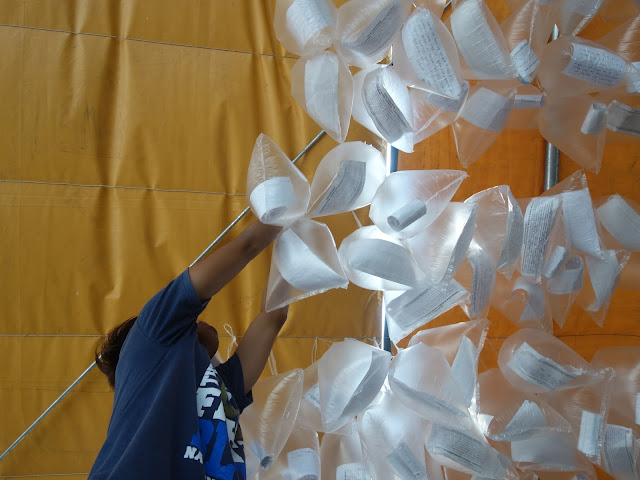 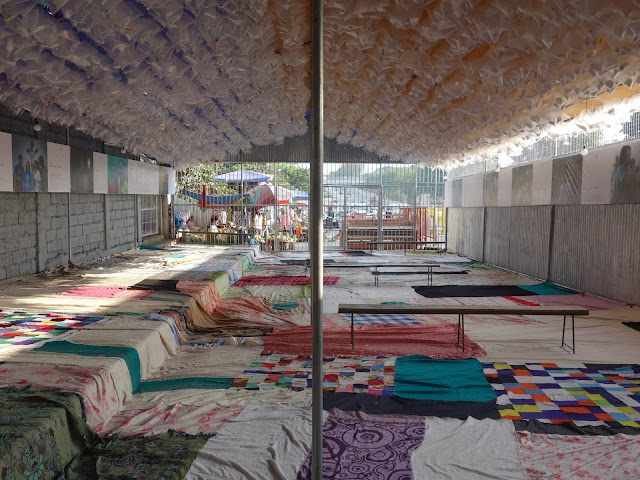 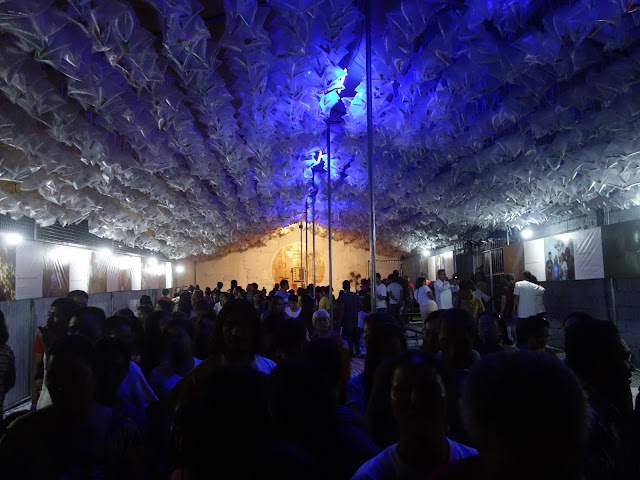 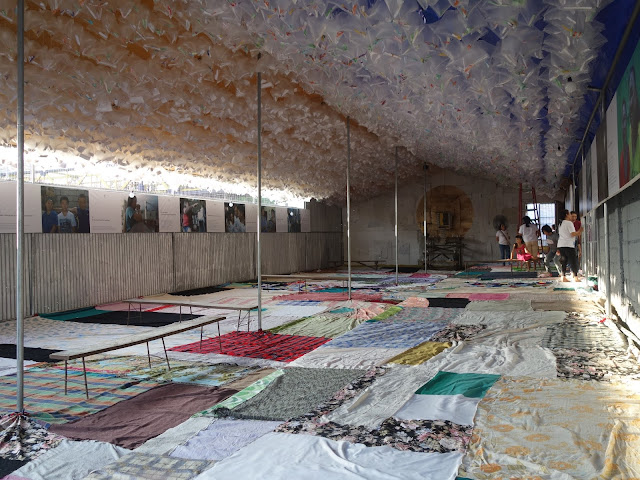 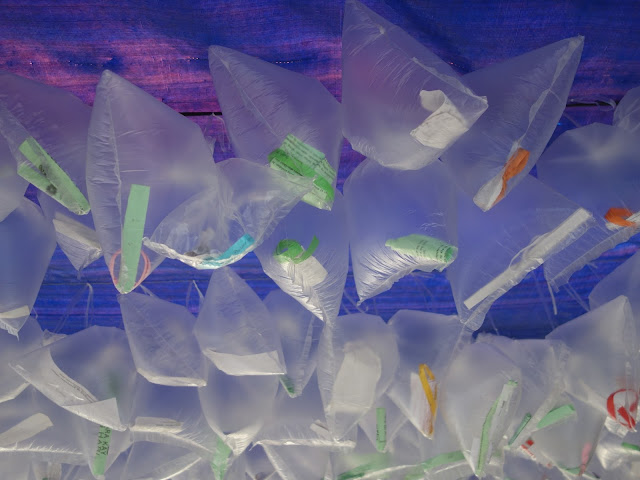 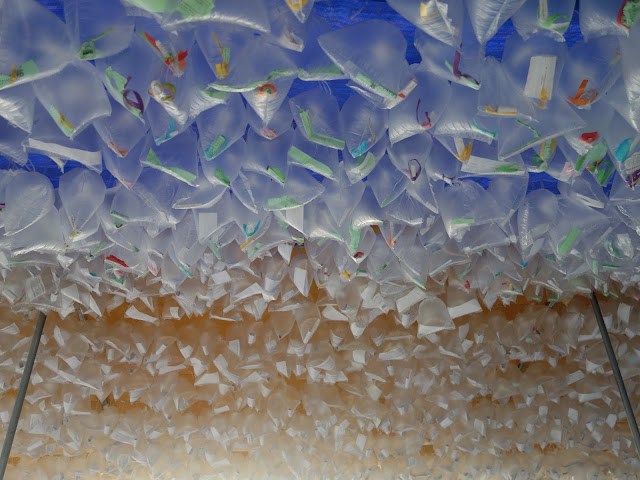 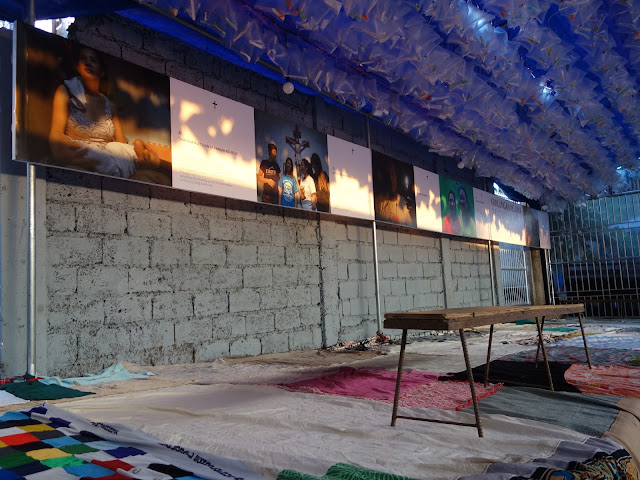 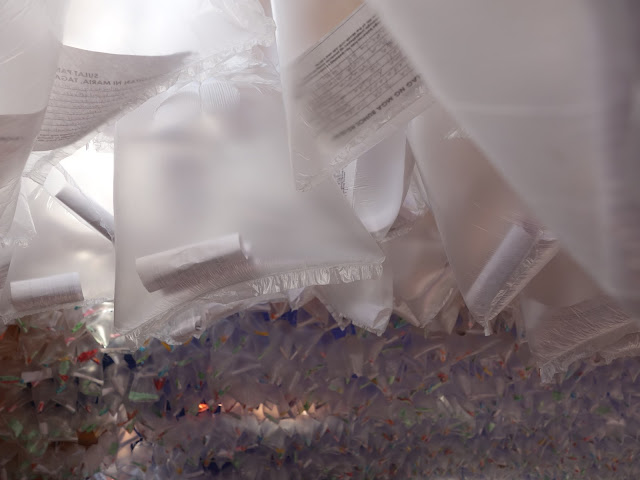 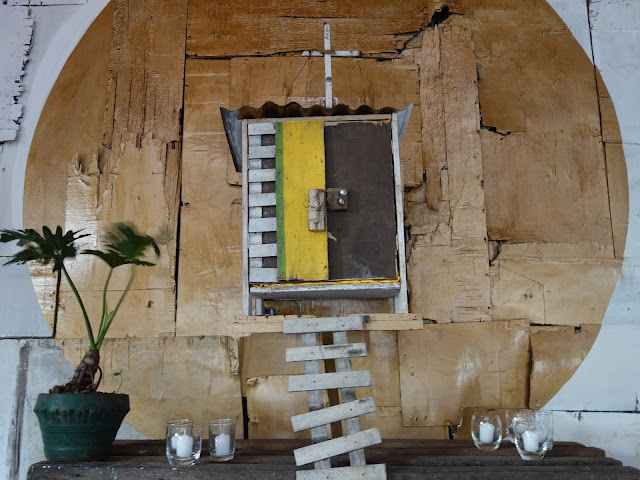 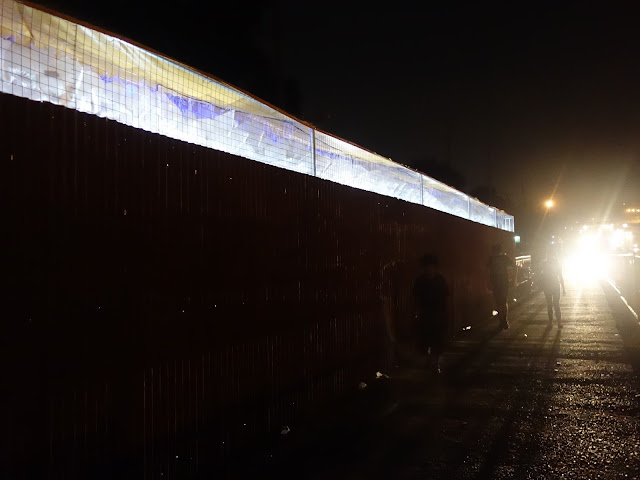 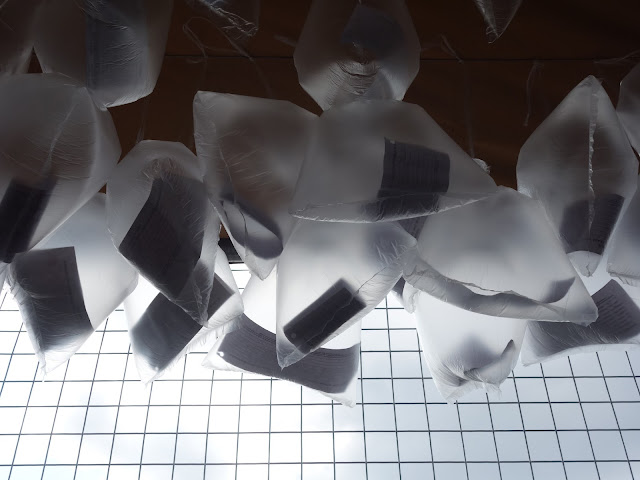 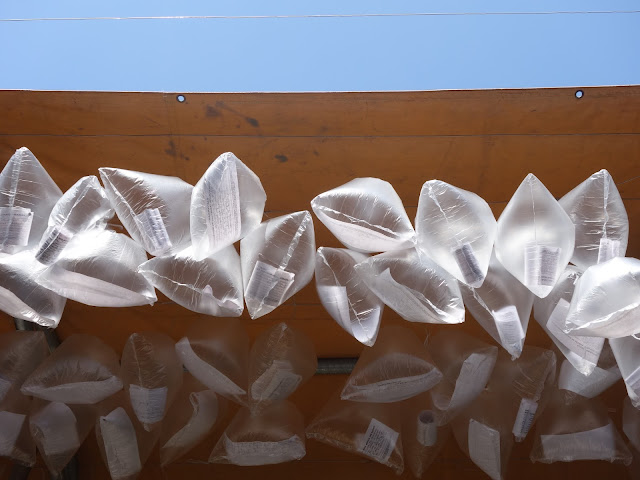 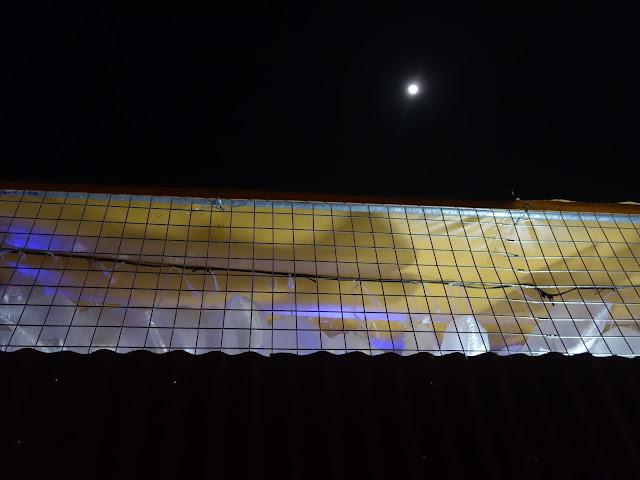 In the year of the Extraordinary Jubilee Year of Mercy, Kristong Hari Parish mounts an unconventional altar of repose entitled Kanlungan Ng Awa (Sanctuary of Mercy). On Maundy Thursday after the liturgy of the The Last Supper, the parishioners and pilgrims will experience an art exhibition inside the temporary makeshift tent-chapel reminiscent of the St. Michael’s Chapel, an tent-like Orthodox Ethiopian Christian Church at Calais “jungle” refugee camp which was bulldozed along with a mosque early this year (Febraury 2016). The design and production of this tent-chapel/art installation is a creative interaction, an in-depth collaboration and a cooperative construction between artist-priest Jason Dy, SJ and the congregation/communities of the parish.

In his public art projects, Dy attempts to construct works in and outside his studio or conventional art spaces to explore the changing religious and cultural contexts, locations and events. In this project, he explores the ideas of communal cooperation from design to production of art with the local, sited community such as the urban poor community of Barangay Commonwealth. In this way, he taps into the movement of artists “developing unusual methods for engaging individuals, audiences and communities in the production (and redefinition) of art, wherein forms of co-authorship, collaboration, cooperation and social participation are tested.” (Decter, 2014, p. 15) Instead of focusing on the social and political relations (though not denying their relevance), as a priest, Dy employs art processes and discourse in engaging Christian liturgical seasons such as the Lent and Easter with their specific rites and popular devotions. In Kanlungan Ng Awa, he employs installation and participatory art in engaging in the tradition of decorating churches with altar of repose for the Visita Iglesia.

In engaging with the community, Dy also appropriates the vernacular aesthetics of the community characterised by relationality, improvisation and raw creativity. These aesthetics seem to subvert the hegemony of mass production of goods characterised as manufactured, monotonous and impersonal.

Another level of engagement is discerning the movement of the spiritual in the lives of the faithful in their experiences of various crosses in life’s Calvary as well as whatever is mundane in their everyday.

There are four interrelated components of the tent-chapel that reflect both the vernacular aesthetics of the local community as well as their faith convictions of the Christ crucified. One, the floor installation of textile quilt are made up of contributed worn out blankets, curtains, towels, malongs, bed duvets and other unused textiles. When they are sewn together by local parishioners, they point to the reality of different individual parishioners with different needs, contexts and histories that make up the whole church community, or perhaps stitching their persons and meagre resources to build the mystical body of Christ. Second, the transparent plastic filled with prayers, ribbons, dried sampaguitas and air are like balloons suspended on the ceiling to allude to clouds of prayers, to seek succour from Inang Desay, Mary Untier of Knots, or to an act of prayer as breathing-in/out of the Spirit but with an aesthetic of the local retail shop, Sari-sari, displaying their wrapped/encased goods tied up with ropes. Third, the tabernacle is constructed from re-used plywood door installed on the wall of found resembling a shanty and disparate wooden boards collected from the church ground and community local constructions. Yet inside the tabernacle, gold paint and gold linings are placed to suggest that divinity resides in what is considered derelict in the materiality of the world. The circle painted in gold enveloping the whole tabernacle presents a focal point of considering the sacredness of the mundane as the sacrament of God’s presence in the everyday. Lastly, the photographs that Dy took of the parishioners during his conversations with them about their lives in relation to Stations of the Cross are interspersed poetry in Filipino to capture the essence of the specific narrative of their struggles as well to thematise it for other people to relate to the particularity of the stories. This piece is printed in tarpaulins stretched on wood and lined up according to the hybrid version of the Filipino version of the fourteen stations combining the traditional and scriptural editions and ending with the resurrection scene.

In commissioning art inside the tent-chapel, the parish priest Roland Jaluag intends this collaboration with the artist and his parishioners to be a channel of meditating on the mystery of the cross that reveals a greater loving that is willing to offer one’s life for one’s neighbor. He also hopes that both parishioners and pilgrims will consider the heart of God—pierced, crowned with thorns, marked with a cross yet on fire with unquenchable mercy.

Thus, the public is invited to take off their shoes and slippers, enter into a sacred sanctuary, sit down, keep quiet, pray, keep vigil at least for an hour, and allow oneself to be embraced with the warmth and tenderness of a merciful God.