TAK SATUPUN (NOT ONE LESS) 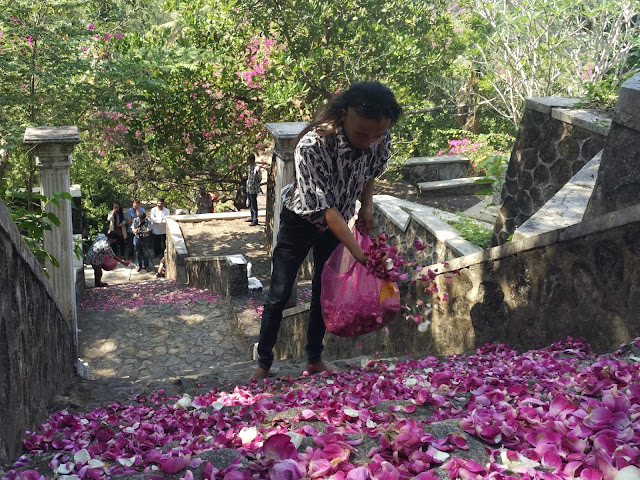 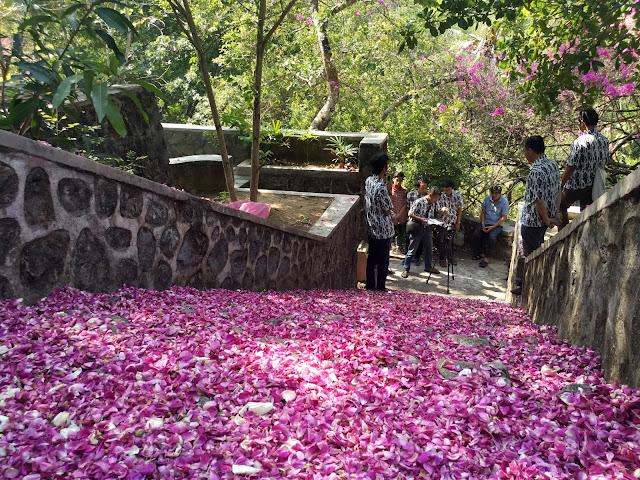 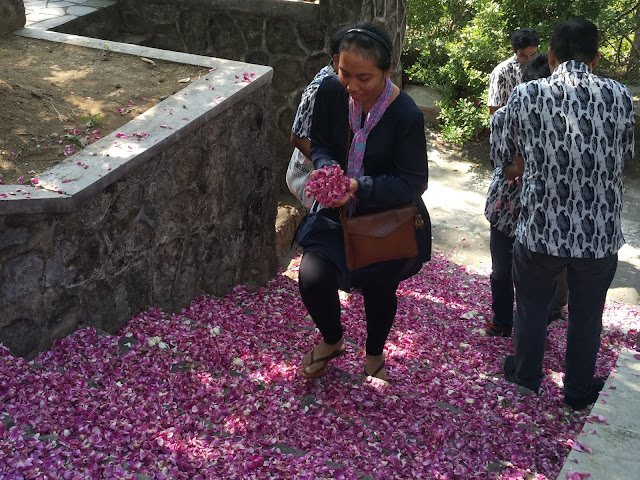 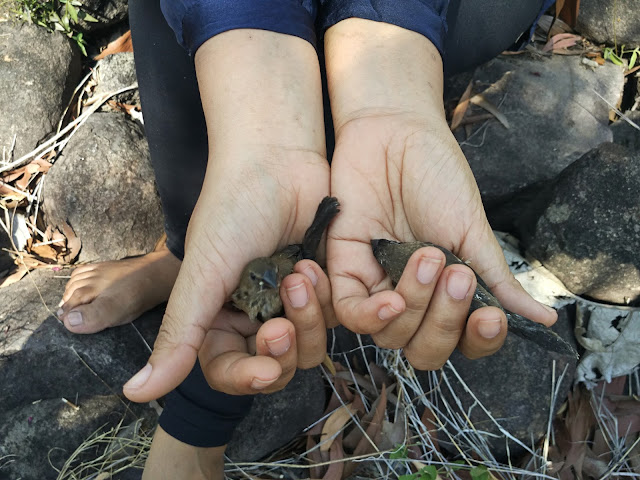 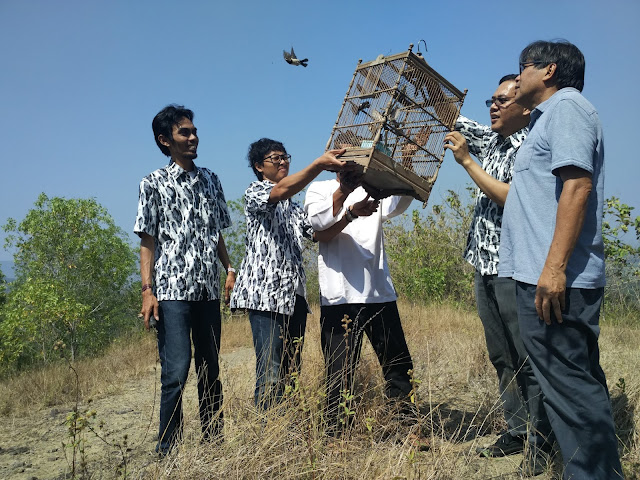 Art Maestro Sapto Hoedojo founded the artists’ cemetery Makam Seniman Giri Sapto as a burial site for the local artists and cultural practitioners as well as designed most of their tombs and grave markers.

To honor the life and art of Sapto Hoedojo, a bust statue of him was inaugurated on November 10, 2015, at the courtyard of Giri Sapto Artists’ Cemetery. The leading sculptor Edhi Sunarso sculpted the statue as a tribute to his former art colleague.

During the inauguration, collaborative art performances and mural painting were held. Artist Titut Edi Purwanto led the Padepokan Seni Cowong Sewu from Banyumas in a procession of performers whose bodies were boldly painted. They carried on their shoulders the wife of Titut wearing a traditional Javanese attire. The procession was guided by the local shamans in their ritualistic gestures of incensation and dance accompanied by the gamelan music. On the steps leading to the tomb of Sapto Hoedojo, a roll of white textile sheet carpeted the stair walkway. Yani Sapto Hoedojo, former Regent of Bantul, Sri Surya Widati, and painter Djoko Pekik initiated a session of sketching and writing as a gesture of remembering the art of Sapto Hoedojo and honoring his person as a local artist and cultural hero. It was fitting that the date of the inauguration coincided with Indonesia’s local Remembrance Day called Hari Pahlawan that commemorates the soldiers who offered their lives in the 1945 Battle of Surabaya.

The art happenings in 2015 as an homage to the maestro Sapto Hoedojo at the artists’ cemetery provide a precedent art event for this art project that pays tribute to the departed local artists. As a Filipino artist visiting Yogyakarta for more than two weeks of art residency with the Perahu Art Connection in partnership with Project Space Pilipinas, the gesture of floral offering that I employ becomes an act of respectful recognition of the Indonesian art maestros that contributed to the current situation of the art environment in Yogyakarta and the rest of Indonesia. As a site of mourning and hope, mortality and legacy, the cemetery is also a potent place of remembering the victims of Extra-Judicial Killings (EJK) in the Philippines under the current administration and of committing oneself to the option for life in a “culture of death.”2

About the Art Project:

In my creative practice, I tend to explore the local religious, social, and cultural circumstances through participatory and site-responsive art projects. During my six-month religious formation at the Girisonta Spirituality Complex, Ungaran, Semarang, Central Java, I observed the Javanese religio-cultural practice of floral offering to the dead at the Girisonta Jesuit Cemetery.  The other is the local tradition of keeping birds as pets inside hanging cages that are displayed outdoor. The center of this tradition and trade is a large animal market mainly for various kinds of bird species at the Pasar Satwa dan Tanaman Hias Yogyakarta (PASTY).

Several artists have influenced my unorthodox use of materials. Some of them have employed organic materials so as to highlight the entropic process of life as well as the potential of life embedded within these materials. The British installation artist Anya Gallacio used gerbera daisies in her durational project Preserved Beauty at the Tate Modern.3 Like most of his art projects, the German conceptual artist Wolfgang Laib employed pollen that he collected in Southern Germany in his work Pollen from Hazelnut at the Museum of Modern Art.4 In the same vein with Gallacio and Laib, I also explore the potential of organic materials like rose petals and live pipit birds to reflect on the ephemeral nature and the value of life.

The first segment of the project entitled Tak Satupun (Not One Less) is a floral offering to the dead. After the blessing of the seven sacks of rose petals, the petals are strewn on the concrete steps of the stairway by the representative artists from the Perahu Art Connection and Project Space Pilipinas. Afterward, the guests are invited to have a pilgrimage up the hill in a silent, meditative climb on the concrete stairway covered with the petals.

This floral offering is not only a beautiful gesture of reverencing the dead. It is also a reflection of the fragility and mortality of human life as well as the hope of life springing anew. The cyclic process of death and rebirth is being mirrored by the cycle that flowers undergo—they bloom, wither, and blown by the wind carrying seed pods for the next spring. 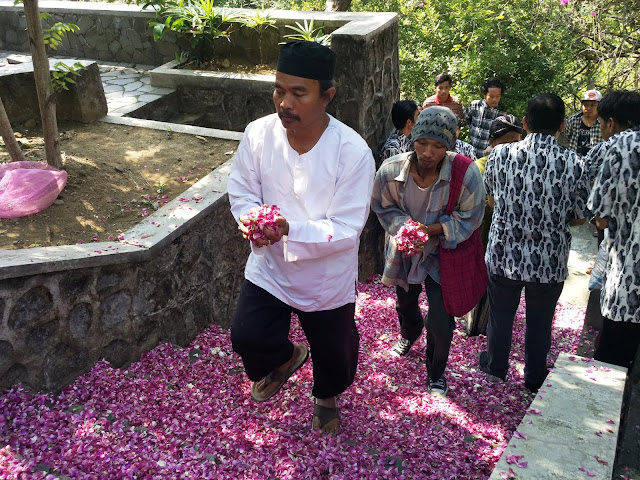 The second segment is the prayer for the dead at the top of the hill. Indonesian sculptor and imam Pak Pramono Pinunggul leads the community in praying for the dead in the Islamic tradition. Pak Pramono also reads the names of the some departed artists especially the ones buried at Giri Sapto, the royal families buried at the nearby Imogiri Mataram's Royal Cemetery, and the victims of the recent extra-judicial killings in the Philippines. After the prayer, the pipit birds will be distributed to all guests. A minute of silent remembrance of the dearly departed is observed before the birds are set free. 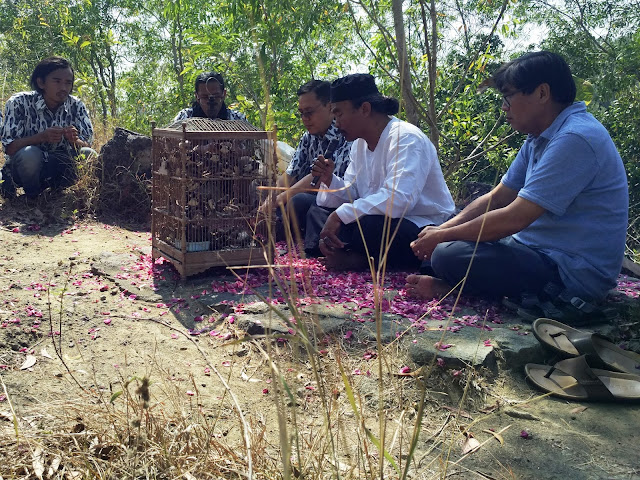 This liberative act of releasing the birds attempts to express the irrepressible value of life that is often threatened by the prevalent culture of death and trampled with abuses of human rights.  Like the current socio-political situation in the Philippines wherein the lives of the many people are either ruined by substance abuse or taken abruptly through senseless murders in an effort to eradicate the drug-related problems. Another impending threat is the legislative proposal to reinstate the capital punishment in the country as supposedly a major deterrent for the illegal drug production and consumption. The people are divided on this complex issue. On one hand, it’s beneficial to fight against drugs on an institutional level, but on the other hand, are the means used to fight it humane?

In this art project, I do not deal directly with the socio-political issue. The focus of the project is the ritual of prayer for the dead and offering flowers to them in an attempt to appease their troubled spirits, to offer a gesture of solidarity with the families they left behind, and to invite the public to contemplate the fragility of life in the hope of respecting and protecting it.

The title “Tak Satupun”, a colloquial phrase related to the term Tak Sedikitpun Kurang, suggests the notion of inclusivity, that is, that not one of the parts is useless. Each part has a vital role in the whole system. This idea offers an integrated view of life that regards all living creatures. It considers the totality of a human person, his flaws and potentials as well as desires for his wholeness and supports his well-being. It also views the human being as a social being related to others in a special way and he has a social responsibility to others.

The English translation “Not One Less”, offers a Christian perspective. Based on the scriptures, the title appropriates the idea that God takes care of all his creatures—“ Are not two sparrows sold for a penny? Yet not one of them will fall to the ground outside your Father's care” (Mt. 10:29).5 Birds, however cheaply sold in the market, are valuable in the Creator’s eyes and their deaths are well accounted for. How much more the lives of human beings? Do we allow another human being to die in a senseless death? 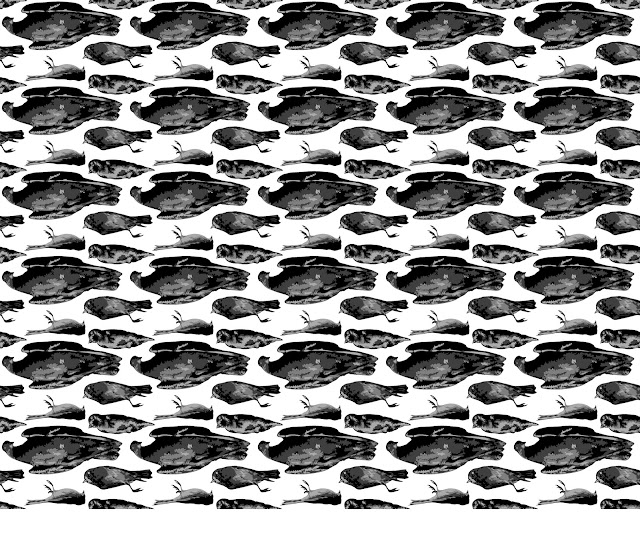 Four dead birds are the main graphic design in monochromatic gray tones printed on pure cotton sponsored by SriTex Company, Solo. I employ them as metaphors of the situation of peace in the Philippines; the disregard of the human rights of the common people; the plight of the innocents and the vulnerable sectors of our society and the ones championing their cause; and the suffering women and children left behind by the victims of Extra-Judicial Killings.

As the printed textile is sewn into batik shirts, it a critical commentary that when these issues are ignored, not responded to, and when we are indifferent to them, we are complicit in domesticating these issues. Wearing these batik shirts with prints of dead birds is a metaphor of domesticating issues related to social injustice and the culture of death. But as a piece of clothing, it can also be taken off, laundered many times until the print fades and the shirt tatters. This is the persistent action in a hope for the resolution of these complex issues.

Thus, as the title suggests, this art happening at the Giri Sapto Cemetery is an attempt of considering the fragility of human life as well as our shared responsibility in preserving and protecting it through some creative gestures and communal ritual. 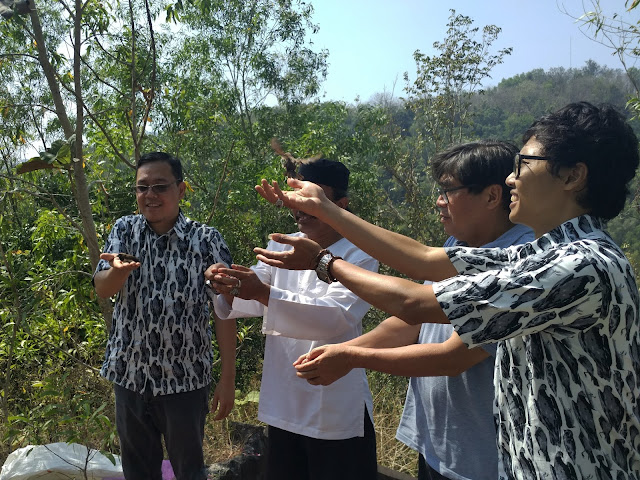 Part III: Prayer for the Dead 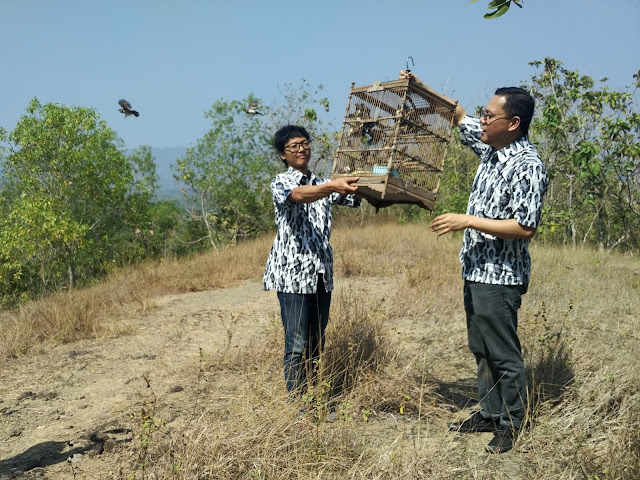